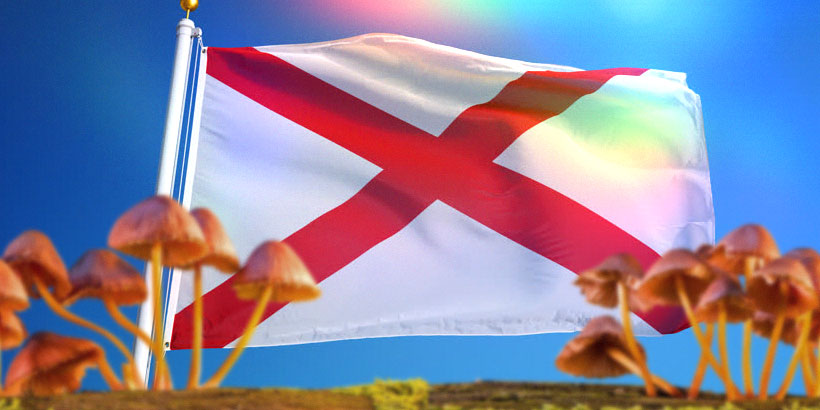 Alabama is one state that’s well-known for its harsh drug criminalization and associated penalties. The state’s lawmakers have repeatedly rejected popular movements for the decriminalization of recreational marijuana, and the state doesn’t even presently possess an infrastructure for the medical patients to receive the drug for medicinal reasons.

Given the state’s tough stance on marijuana, it makes sense that Alabama lawmakers would be slow to legalize any form of psilocybin mushrooms. These mushrooms are illegal in the state of Alabama, where lawmakers will typically charge a possessor of psilocybin mushrooms with a violation of federal law prohibiting the possession of controlled substances. The mushrooms themselves are not scheduled, but psilocybin and psilocin—the two psychoactive ingredients in magic mushrooms—are schedule I controlled substances.

Although the spores contain none of the psychoactive ingredient psilocybin, this ingredient becomes a part of the spores as they grow into mycelium. As spores mature and become actual mushrooms in the traditional sense, they will then contain the substance that gives them the psychoactive properties magic mushrooms are known for. At this point, they become criminalized once more under federal and state law alike.

In addition to the federal regulation under the controlled substances act, Alabama lawmakers also passed a new law that specifically fortifies the existing criminalization of psilocybin. Alabama Code Title 20. Food, Drugs, and Cosmetics § 20-2-23 sets the groundwork for a prohibition on the manufacture, sale, possession, or transport of psilocybin in all forms.

Traditionally, psilocybin mushrooms have been the subject of some legal debate when it comes to the manufacturing process. For example, some legal scholars question whether or not the natural growth of these mushrooms on your property might constitute the illegal manufacture of a controlled substance. In Alabama, it is clear that any intentional growth of psilocybin mushrooms remains expressly prohibited under state law.

Users interested in psilocybin mushrooms should know that the state remains staunchly opposed to any efforts to criminalize. While the snowball effect of legalization in other states might certainly turn the tides, consumers should be aware that the possession, manufacture, and sale of these mushrooms is illegal within the state of Alabama.