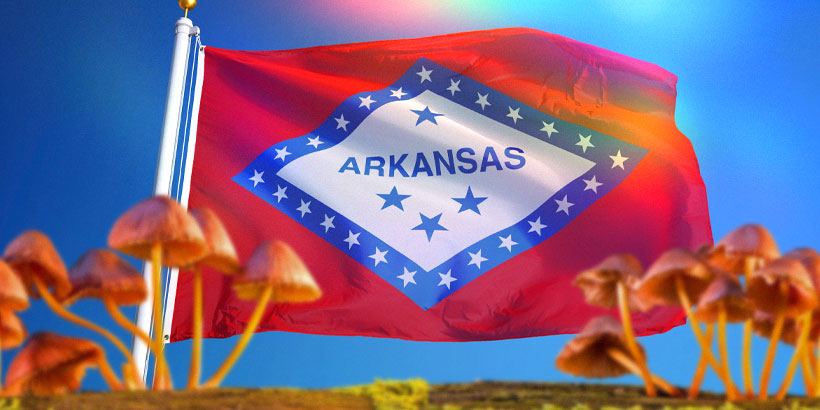 The crime of possession is treated very harshly in Arizona. Drug laws in this state leave the courts with quite a bit of discretion. This means that violators of drug possession laws could be put in prison for up to one year for the possession of small amounts of drugs. The state also includes “mandatory minimum sentences” for possession of ten pounds or more of any scheduled substance. Psilocybin is included in this framework of criminalization.

While it is legal to possess spores in Arkansas because these spores do not contain psilocybin, growing these spores into psilocybin mushrooms might constitute the manufacture of a scheduled substance, which can carry serious criminal penalties for violators.

As with most US states, it is legal to possess psilocybin spores in Arkansas. State law does not expressly prohibit the possession of these spores because they do not contain any psilocybin. Once the spores mature into mushrooms, they develop this compound and are then illegal.

Because of this legal grey area, users who purchase spores should be extremely cautious. Growing these spores could carry criminal penalties and users could be charged with the manufacture of an illicit or controlled substance.

The government in Arkansas offers citizens an excellent resource that clearly breaks down the scheduled substances and their classifications in the state. Psilocybin spores are not listed in this document because they do not yet contain psilocybin. Fully-grown psilocybin mushrooms are expressly prohibited in the state.

Arkansas is slow to adopt drug reform, but progress has happened. For example, the state has begun to roll out a system for the legalization of marijuana in very specific medical circumstances. This presents some hope for fans of psilocybin mushrooms, especially considering the health and psychological benefits linked to this drug.

But for now, the possession and distribution of psilocybin mushrooms in Arkansas is clearly illegal and can come with serious criminal penalties.