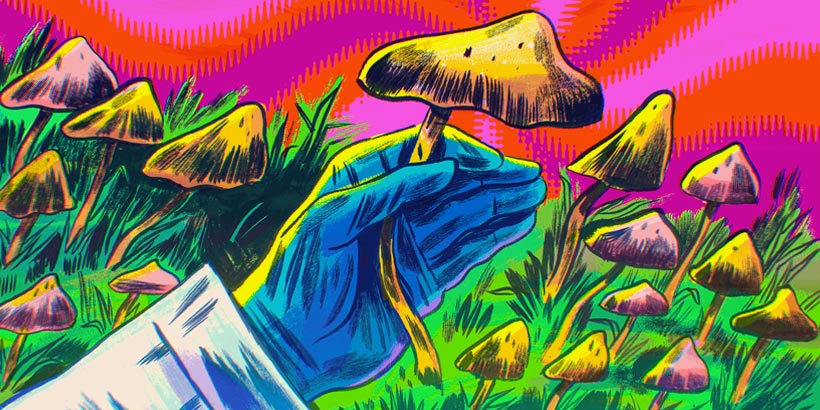 With the passage of another decade comes the rise of what might be the next torch-bearer on the march to overall drug policy reform. A recent vote by citizens of the city of Denver, Colorado resulted in the decriminalization of psilocybin mushrooms for recreational uses. Many have wondered (anecdotally, of course) whether shrooms will follow marijuana to become the national litmus test for a new era. Will Americans continue to trip?

Public approval surveys and related statistics help to back the proposition that many Americans support the decriminalization of magic mushrooms. Recent surveys might also serve as a plan and a guidepost for future discussion and debate on the subject.

One landmark survey conducted by the Green Times tallied the opinions of a thousand citizens of the United States. The study found rather compelling results that should do well to bode the growing sense of optimism concerning legalization efforts. In at least some capacity, upwards of ⅔ of Americans polled expressed some sort of support for the legalization of psilocybin mushrooms. But most support came with qualifications.

Only 13% of respondents said that legalization should occur without exception. A larger chunk, around 40% agreed it should be legal under “some” circumstances, while another quarter were persuaded to accept this move under the much more paralyzing “limited” circumstances.

Despite what may appear to be gloomy numbers at face value, this shift in perceptions about psilo mushrooms alone marks a departure from past stereotypes about usage that have persisted over the past half century from the “hippie” generation onward. Readers may take comfort in the fact that the push for marijuana legalization did not reach a crescendo, nay, even the opening act, until two states in the fall of 2012. But over the past eight years, the shift has been tracked in public polling and had an impact on public policy.

Pollsters will begin to take note of psilocybin, not just based on intuition, but because the city of Denver will be a local laboratory where we can begin to see the effects of decriminalization firsthand. As psilocybin continues to become decriminalized in other states, we should also be able to follow the regional trends of polling to see what legal or decriminalized status brings for the drug and its users. After all, it seems unlikely that shrooms would be decriminalized at the federal level before statewide areas have had a chance to experiment with psilo.