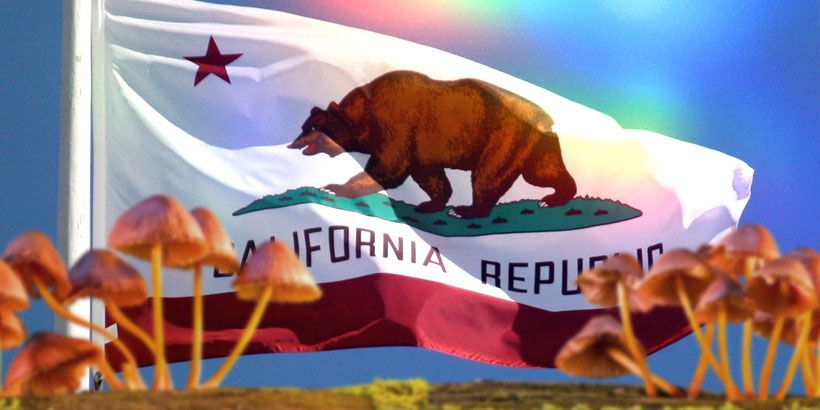 California is known for many things. The beautiful beaches and incredible mountain views are major attractions. But the state is also well-known for its relatively progressive laws and politics. In addition to being one of the first states to legalize marijuana for recreational use, California also might be heading towards the history books with the legalization of another drug: psilocybin.

You should know that, as of 6/18/2020, psilocybin is still considered an illegal drug in most of California. But one California city has decriminalized magic mushrooms, and the state is currently planning a state-wide vote to legalize psilocybin mushrooms. This vote will happen in November of 2020.

Despite the hopeful future of spore legalization in California, the state is one of three places in the U.S. where it is still illegal to possess psilocybin spores. Idaho and Georgia are the other two states. Although psilocybin spores do not contain the psilocybin that typically makes the mushrooms illegal, the spores are still prohibited by California law.

Most online distributors of spores will not ship psilocybin spores to California, and you should be cautious of those who do.

Simple possession in California violates Heath and Safety Code 11350, which prohibits individuals from possessing narcotics or controlled substances without a valid prescription. Generally, California’s Proposition 47 classifies personal use possession as a misdemeanor, meaning that violators of drug law who only have a personal use amount will not be given jail time.

Oakland, California has decriminalized psilocybin mushrooms completely, becoming the only city in the state to do so. Another proposition is set to be on the ballot this election year in November. This proposition will decide the legal or decriminalized status of psilocybin in the entire state.

As of now, there does not seem to be a substantive movement for medical legalization of psilocybin mushrooms in the state, despite the evidence suggesting that psilocybin could benefit sufferers from a variety of disorders.

California remains one of the most progressive states when it comes to psilocybin. The jurisdiction still prohibits the possession of both psilocybin mushrooms and psilocybin spores. But with the introduction of a new decriminalization proposition, this might begin to change rapidly for the better.