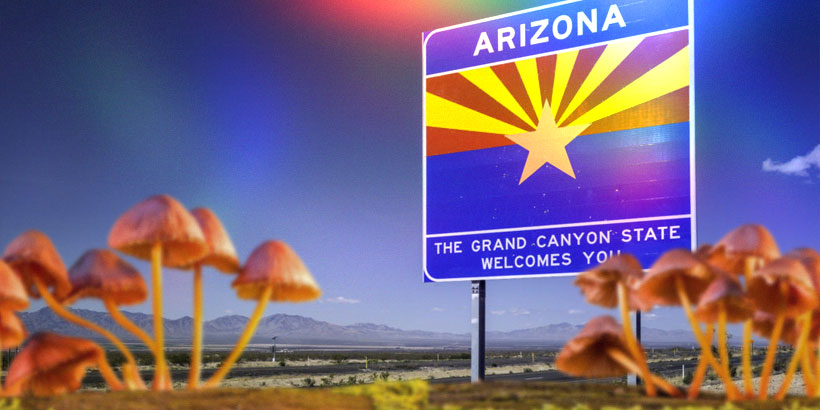 Arizona is known for its expansive deserts and strong footholds of Native American culture. This might seem like the perfect place to enjoy some psychoactive psilocybin mushrooms. However, Arizona law remains relatively tough on psilocybin.

Luckily, the law is incredibly clear on the legal status of prohibited substances in Arizona. The state uses a simple system to classify drugs. Substances fall into one of three categories: dangerous drugs, marijuana, and narcotic drugs. Psilocybin falls under the first category as a “dangerous drug.”

It is still legal to possess psilocybin mushroom spores in Arizona, as far as we can tell. Because these spores don’t yet contain the psilocybin that makes the mushrooms scheduled, consumers are allowed to possess them, or even sell them, with no penalties.

It appears to be completely legal to possess magic mushroom spores in Arizona. Growing these spores into full mushrooms, however, is a different story altogether. Once the spores mature into mushrooms, they develop the chemical psilocybin, which is classified as a “dangerous drug” according to Arizona law.

This means that spores in Arizona fall into a strange legal grey area. While you can possess them in their spore form, it is illegal to grow them into mushrooms, because doing so might be considered the manufacture of a scheduled substance. This crime could carry serious criminal penalties.

The main law concerning psilocybin in Arizona falls under Arizona Revised Statutes Title 13. Criminal Code § 13-3401. Under this law, psilocybin and psilocyn are both classified as “dangerous drugs.” The possession of psilocybin can carry serious penalties, and can even result in imprisonment under Arizona law.

Psilocybin possession is criminalized in Arizona, and the drug is classified as a “dangerous drug.” While citizens can legally possess spores, it is illegal to grow these spores into full mushrooms, which contain the illegal substance of psilocybin. The criminalization of psilocybin is covered under Arizona Revised Statutes Title 13. Criminal Code § 13-3401.