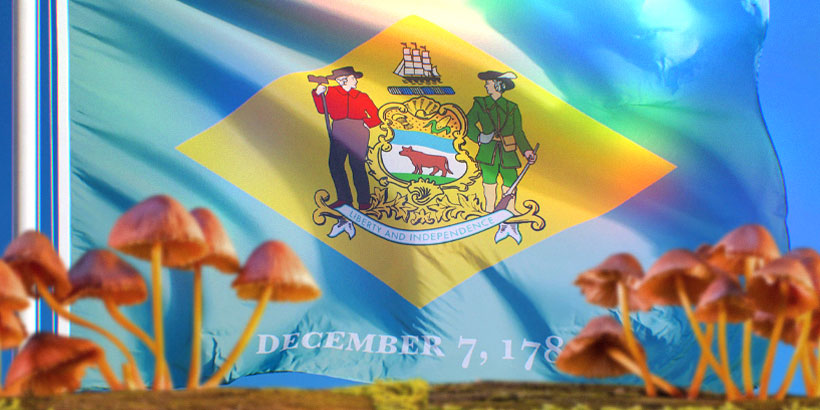 In Delaware, magic mushrooms are neither legalized nor decriminalized. This means that citizens who are caught possessing mushrooms containing psilocybin might be subject to serious criminal charges. Like many states, Delaware classifies drugs using a scheduling system. In this system, psilocybin is a Schedule I substance, meaning that possession of this particular drug carries some of the harshest penalties the state has to offer.

Delaware’s expansive medical marijuana program might provide hope to some legalization advocates. But as of now, it does not appear that the state’s lawmakers are willing to budge when it comes to the legalization or decriminalization of “magic” psilocybin mushrooms.

Magic mushrooms spores are legal in all fifty states, with the exception of Georgia, Idaho, and California. Producers of psilocybin spores will ship to any state aside from these three, including Delaware. The only caveat to this legalization is that citizens still are prohibited from growing these spores into full-grown mushrooms.

In fact, the growth of magic mushrooms might constitute the manufacture of a controlled substance. This means that users who purchase legal spores and then use them to grow mature magic mushrooms could be looking at a felony charge and serious jail-time. But spores themselves do not yet contain psilocybin, so they are not prohibited under Delaware law.

Title 16 § 4714 of Delaware’s criminal code lays out the criminal classifications and penalties associated with all drugs within the state. Psilocybin is classified as a Schedule I substance, which means that its possession carries serious criminal charges. Schedule I substances, according to lawmakers in Delaware, have both “high potential for abuse” and “no accepted medical use.”

Given this definition and the growing body of medical research associated with psilocybin mushrooms, it might be possible for the state to reconsider this strict classification in the future. But for now, psilocybin remains extremely illegal in Delaware.

Delaware has made a bit of progress on marijuana legalization, but the state still has a ways to go before psilocybin becomes decriminalized or legal within the state. We do not anticipate that Delaware will relax their laws shortly. For the time being, psilocybin spores are as close as Delaware citizens can legally come to possessing magic mushrooms.