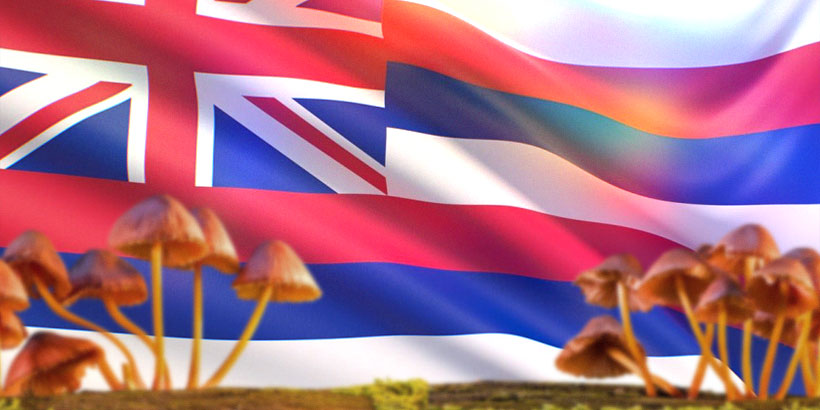 Hawaii is known for many things. The beautiful oceans, the unique culture, and even the food draw millions of tourists annually to the small island state. But as psilocybin decriminalization efforts continue to become more popular, the state could soon be known for a unique new model of medical legalization for magic mushrooms.

Don’t get too excited yet. The state of Hawaii currently still classifies psilocybin as a Schedule I controlled substance. It remains highly criminalized on both a state and a federal level, and violating possession laws for psilocybin can result in very serious legal penalties. Even if the state legislators of Hawaii are able to effectively decriminalize magic mushrooms, it would only be in a very specific medical setting.

Hawaii employs a scheduling system to quantify the relative criminality of illicit substances. Schedule I substances are considered highly dangerous, and the possession of these drugs typically carries the harshest penalties. Hawaii Revised Statutes Sections 329-13 to 329-22 is the main set of laws that regulate drugs in the state. According to this section of Hawaiin legal code, psilocybin is a Schedule I substance.

It isn’t yet clear whether or not Hawaiin leaders will adopt the proposed regulations and become one of the first U.S. states to set up a definitive legal research program for psilocybin. Only time will tell. For now, possession of psilocybin remains a serious crime punishable with fines or jailing.