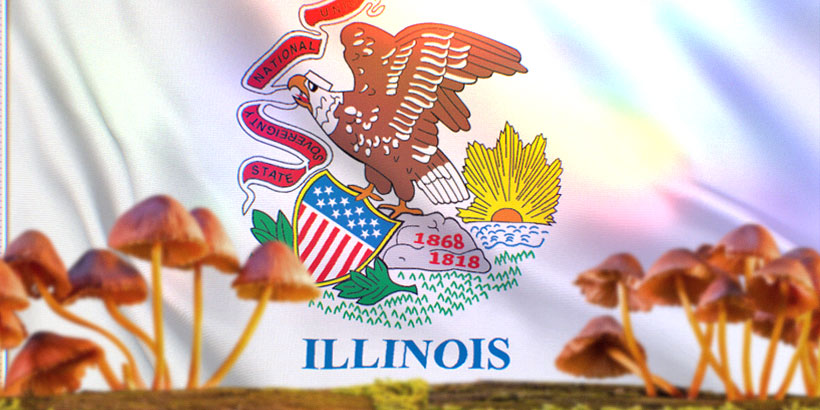 There’s been quite a bit of talk about the future of psilocybin in Illinois. Most of the movement to decriminalize “magic mushrooms” is concentrated in Chicago. This should come as no surprise; the state capital with the University of Chicago in its city limits is known as a progressive stronghold surrounded by conservative counties and cities.

But as of now, even Chicago has not managed to pass legislation to decriminalize or legalize psilocybin mushrooms. And in the rest of the state, regulation of this drug remains extremely tight. Psilocybin is illegal to possess under state law, which classifies it as a Schedule I controlled substance.

You can order psilocybin mushroom spores and have them shipped anywhere in the state of Illinois. However, growing these spores into fruited mushrooms can constitute a violation of laws against the manufacture of controlled substances. This could land violators in serious legal trouble.

Title 77 Chapter X Subchapter e Part 2070 of Illinois’ administrative code lays out the scheduling system for the state’s drug laws. As with most systems, Schedule I substances are considered the most dangerous, and possession of these drugs can carry the harshest penalties the state judicial system has to offer.

According to this law, psilocybin is considered a Schedule I substance. Possession of this drug within the state of Illinois can carry serious fines or even jail time. If you’re caught in possession of psilocybin mushrooms, immediately contact a lawyer.

Psilocybin is highly criminalized in the state of Illinois. While officials in Chicago have proposed and considered decriminalization within city limits, these proposals have failed. As of now, both Chicago and the rest of Illinois consider psilocybin to be a Schedule I controlled substance.