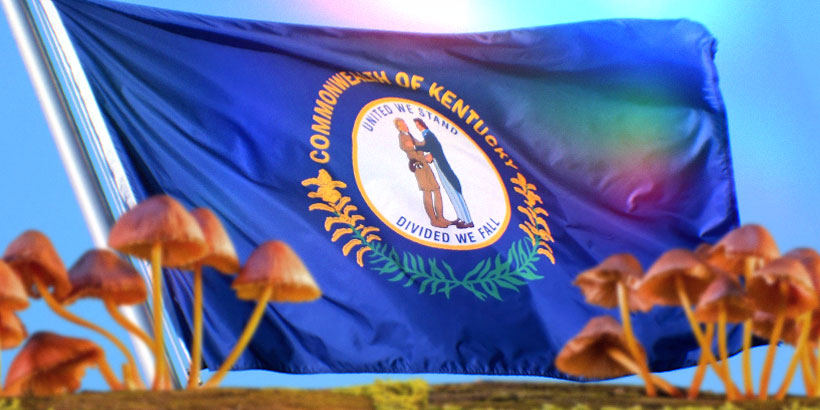 Psilocybin is classified as a Schedule I substance by the federal Drug Enforcement Administration. It does not appear that Kentucky has modified any of the schedules listed by this federal organization. This means that possession of psilocybin mushrooms in Kentucky might constitute the possession of a Schedule I controlled substance.

Even considering the over-zealous criminal penalties for possession in Kentucky, Kentucky citizens should feel comfortable purchasing or possessing psilocybin spores within the state. Kentucky’s drug classification statutes do not list psilocybin mushroom spores as a prohibited controlled substance. This is likely because the spores for magic mushrooms do not contain psilocybin until they fruit into mature mushrooms.

Growing magic mushrooms remains extremely illegal, on both a state and a federal level.

We were unable to find a specific Kentucky statute that lists Schedule I substances in the state. This isn’t particularly rare. Generally, states don’t make a new law to classify controlled substances if they plan to adopt the DEA’s scheduling choices. This appears to be the case in Kentucky. This means that psilocybin is treated as a Schedule I controlled substance, as per DEA guidelines.

With the state’s history of extremely strict drug laws and serious punishments, it is unlikely that legislators will choose to decriminalize or legalize magic mushrooms in the coming few years. However, who knows what might be possible as the national movement for decriminalization continues to grow. For now, readers should know that psilocybin is considered a Schedule I controlled substance and its possession is a serious crime.