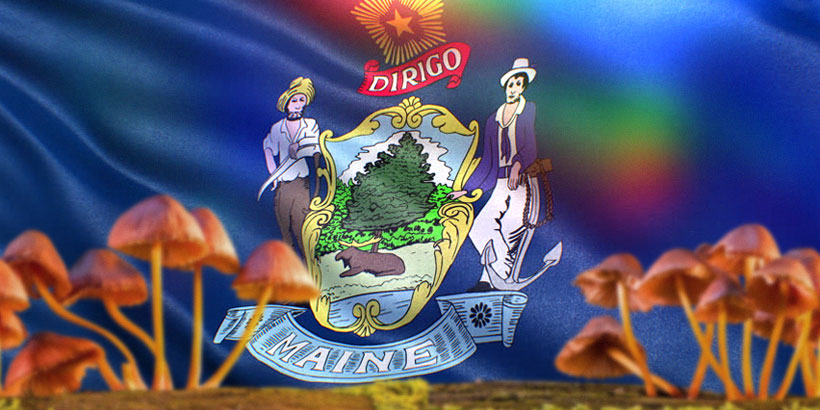 Maine has quite a reputation for a number of reasons. To start, the state is well-known for its lobsters and other seafood. Maine is also the home of Stephen King, a horror writer whose stories often play off of the natural beauty and foggy macabre vibe of Maine’s lakes and forests. When it comes to drug law, Maine’s statutes keep up the unique reputation that the state has cultivated.

Magic mushrooms in Maine are illegal. Psilocybin is classified as a Schedule X drug. In Maine, drugs are scheduled using for main classifications: W, X, Y, and Z. In many ways, these groupings seem to mirror the I-IV scheduling structure that other states and the DEA employ. But readers should still know that Maine’s drug scheduling system is pretty distinct from other states’.

Despite the unique substance classification statute, Maine has not yet prohibited citizens from possessing or purchasing psilocybin spores. Magic mushroom spores grow into full mushrooms, but they do not initially contain any psilocybin. Psilocybin is the main psychoactive chemical present in magic mushrooms.

Growing psilocybin spores into mature mushrooms can be a serious crime. Maine citizens who cultivate magic mushrooms are likely to face drug manufacturing charges. These charges can carry lengthy prison sentences, so readers should be warned.

Title 17-A, Part 2, Chapter 45 of the Maine Criminal Code establishes the classifications of controlled substances in the state of Maine. According to this statute, psilocybin falls under the category of a Schedule X controlled substance. Controlled X substances are considered dangerous, and charges involving these drugs are slightly less severe than those in Schedule W.

Sentences for the possession of psilocybin can vary based on a number of factors. Generally, we consider Maine’s approach to regulating psilocybin more relaxed than most states. Many municipalities consider psilocybin a Schedule I controlled substance.

The famous home of Stephen King and the lobster approaches drug criminalization slightly differently than other states. However, psilocybin is still considered a Schedule X substance, which is most likely equivalent to the Schedule II classification employed by other states.