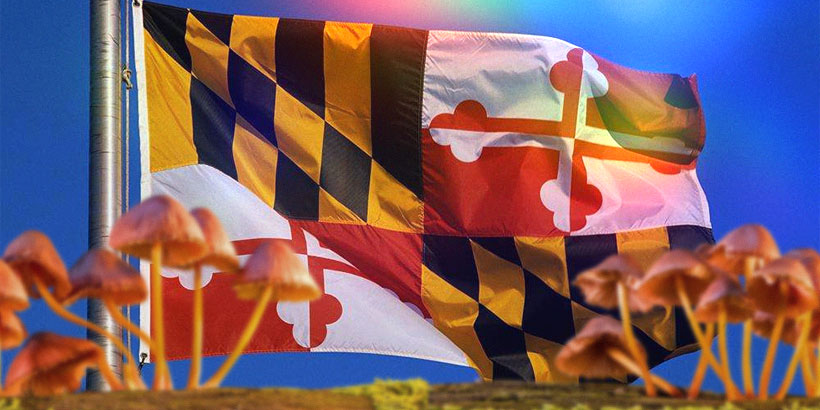 Maryland’s drug laws aren’t very hard to understand. The state seems to adopt the existing DEA scheduling system exactly. This is pretty rare. Most states choose to modify at least a few parts of the existing system before adopting it in their own lawbooks. For Maryland citizens, this framework means that psilocybin is classified as a Schedule I controlled dangerous substance.

Possessing magic mushroom spores remains legal in the state of Maryland, as these spores contain no psilocybin. However, growing these spores into mature mushrooms can result in serious criminal penalties.

Read more about the Maryland approach to regulating psilocybin magic mushrooms below.

As we explained above, it is completely legal to purchase, possess, and transport magic mushroom spores in the state of Maryland. Many shops and vendors online sell magic mushroom spores. Mushroom enthusiasts should be excited to hear that there are generally no criminal penalties in the state of Maryland for possessing spores that might one day grow into psilocybin shrooms.

Be aware, however, that it is still not legal to grow psilocybin mushrooms. This can be a tricky legal grey area. As soon as mushrooms are mature enough to develop natural psilocybin, they are no longer legal to own, sell, or transport.

Maryland law stipulates that they employ the same drug scheduling system as the Drug Enforcement Administration, or DEA. According to the DEA, psilocybin remains classified as a Schedule I controlled dangerous substance. Possessing psilocybin mushrooms can result in serious criminal charges, fines, or even imprisonment.

It does not seem that Maryland uses a specific statute to institute its own rules for scheduling or classifying substances. Because they adopt the regulations established by the DEA, lawmakers and police officers in Maryland consider psilocybin an illegal drug under Schedule I.

Maryland is right next to Washington, D.C., a commonwealth that is currently considering decriminalizing psilocybin. This may or may not have an impact on the public and legal perception of magic mushrooms in Maryland. For now, it remains highly illegal for citizens to possess, sell, or transport any mushrooms containing psilocybin.