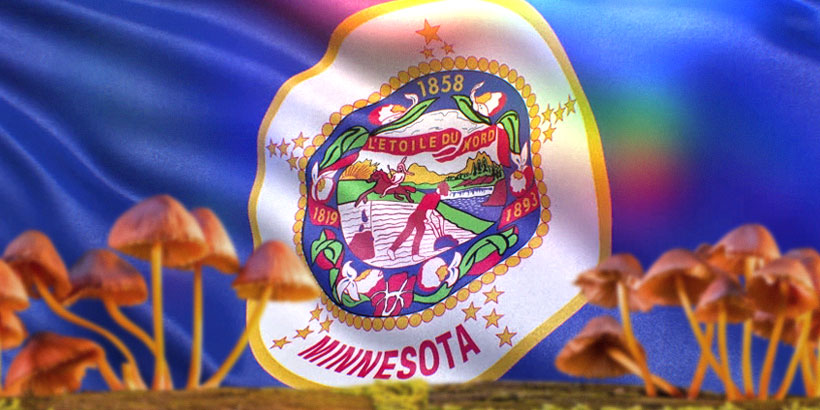 Given the state’s track record as a conservative stronghold in the Northern part of the country, it’s not surprising that Minnesota harshly regulates psilocybin. Getting caught with any drug is pretty serious in Minnesota. There does not seem to be any institutional leniency for magic mushrooms, even considering the growing national legalization movement.

Minnesota’s primary drug criminalization statute lists psilocybin as a Schedule I substance. Because magic mushrooms primarily contain this hallucinogenic compound, this makes the possession of shrooms a serious crime in the state of Minnesota. Violating Minnesota drug law can result in major fines and, in felony cases, imprisonment.

Minnesota is not one of the three U.S. states that criminalize the possession of magic mushroom spores. Because of this, it is completely legal to buy, possess, and sell psilocybin mushroom spores in Minnesota. These spores contain no psilocybin, so it is not possible to get “high” off of them. This is the primary reason why the spores are legal to own in most of the United States.

But growing these spores into full mushrooms is a completely different story. Doing this might result in both a possession and a manufacturing charge. In the vast majority of cases, manufacturing a Schedule I substance will carry a major prison sentence.

Change does not appear to be in the near future for the state of Minnesota and its extremely harsh drug laws. Though the state allows citizens to buy and possess psilocybin spores without threat of imprisonment, owning full mushrooms is still a felony offense.