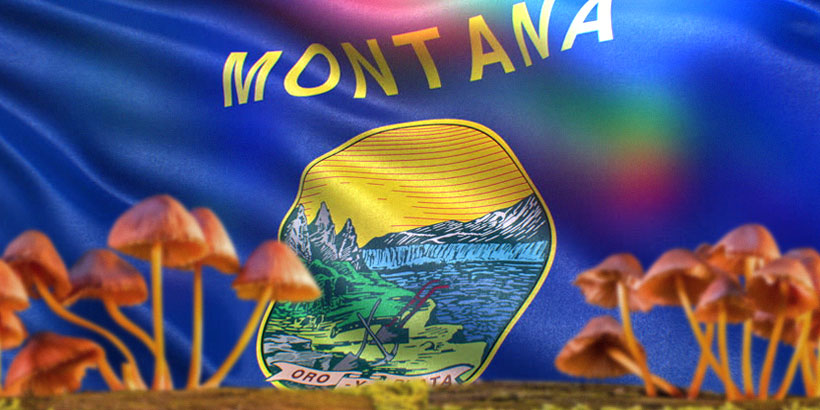 Like most states, Montana keeps its drug laws relatively simple. Prohibited substances are placed into five categories, Schedules I-V. Schedule I is reserved for drugs with the highest potential for abuse and the fewest medical applications. In Montana, psilocybin is considered a Schedule I controlled dangerous substance. Psilocybin is the main hallucinogenic chemical found in magic mushrooms.

For this reason, possessing or buying magic mushrooms in Montana can lead to arrest, fines, and even imprisonment. Possession of this drug is treated the same as the possession of any other controlled substance, including both cocaine and heroin. The manufacture of psilocybin mushrooms is also illegal in Montana, and this crime is almost always accompanied by felony charges and jail time.

The good news for magic mushroom fans in Montana is that the state has not prohibited the possession or purchase of magic mushroom spores. Spores are undeveloped mushrooms, and they contain no natural deposits of psilocybin. Because Montana law bans psilocybin specifically, this makes spores legal to buy, hold, and sell in the state.

Keep in mind, however, that the manufacture of psilocybin shrooms in Montana is still expressly prohibited by law. Growing spores into full mushrooms can constitute a violation of drug manufacturing statutes. These violations almost invariably lead to prison time.

50-32-222 of Montana’s Annotated Code establishes the “scheduling of dangerous drugs” for all legal purposes. This law stipulates that psilocybin is a Schedule I substance. This means that legislators have determined magic mushrooms to be extremely dangerous and without substantive medical applications. While this might change sometime in the future, the current law clearly makes possession of psilocybin a major offense in Montana.

A few other laws might pertain to psilocybin in Montana. Readers who have been arrested or charged in relation to psilocybin are advised to seek immediate legal counsel.

It isn’t hard to see that Montana’s state laws clearly prohibit psilocybin. While spores are alright to possess and sell, fully grown mushrooms containing psilocybin are illegal in the state of Montana.