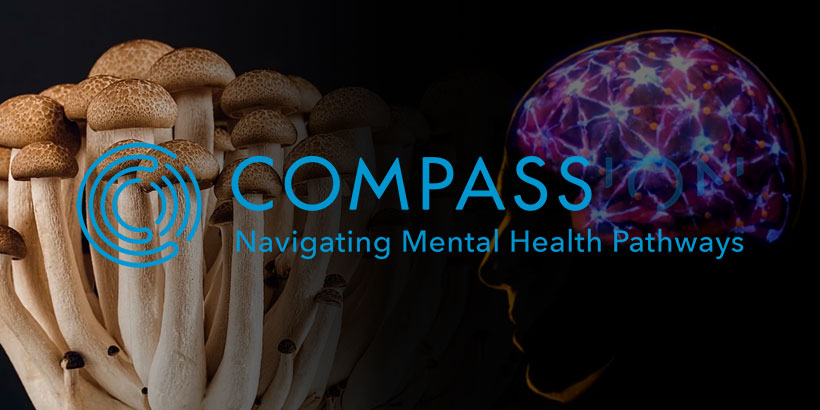 Finding better ways to treat conditions like depression and anxiety has been a constant effort in the pharmaceutical and healthcare industry. One particular patent – US Patent No 10,591,175 – has been getting a lot of attention, as it covers “methods of treating drug-resistant depression with a psilocybin formulation.” Last week, the acquisition of the patent by COMPASS Pathways was announced, coinciding with a current phase IIb clinical trial that uses COMP360.

While COMP360 is clearly not the only application for a patent involving this substance, it has still earned a lot of media attention. Some of this press isn’t exactly positive – like the scare tactics that warn the public of a “millionaire couple threatening to create a magic mushroom monopoly” – though there are others with a more objective perspective. In the latter, these comments ultimately state that “the only monopoly sought by Compass Pathways is for the right to make, use or sell their extremely narrow and specific forms of psilocybin,” as the analysts suggest that it is unlikely that there will be any meaningful impact on the research and commerce of psilocybin by COMP360. That includes the sale of “any varieties of magic mushrooms.”

While it is unlikely that the work of COMPASS will end up impacting any decriminalization efforts, the fallout from patents like this tends to be difficult to anticipate. With CBD, for example, there was no way to anticipate that the FDA would end up approving a drug that would lead to the compound being used as a supplement or even food. CBD products for consumers were not even a thought at the time.

Could the United States see a surge of foods, beverages, and related products infused with psilocybin in the next ten years with this patent approval? Probably not, even with the ongoing trend of micro-dosing. After all, CBD is incredibly different from psilocybin, even apart from the intoxicating effects of the latter. Right now, psilocybin and psilocin alike are considered Schedule I substances at the federal level and in the United Nations Convention of Psychotropic Substances. The only way for there to truly be a future for psilocybin is for the substance to be fully de-scheduled and decriminalized.

The goal of COMP360 is not to start a movement on the legalization of psilocybin at all. Instead, it is meant to find a treatment for drug-resistant depression. In these circumstances, antidepressants, counseling, and even electroconvulsive therapy won’t work, and the researchers at COMPASS want to create an option. If their trial is successful, then many patients could finally have a solution, and COMPASS would see massive profits.

The only thing left to do is wait and see how the trial plays out. Could magic mushrooms become just as big as cannabis? Maybe, but the fate of depressed patients will see a major change in their world if the trial goes well.