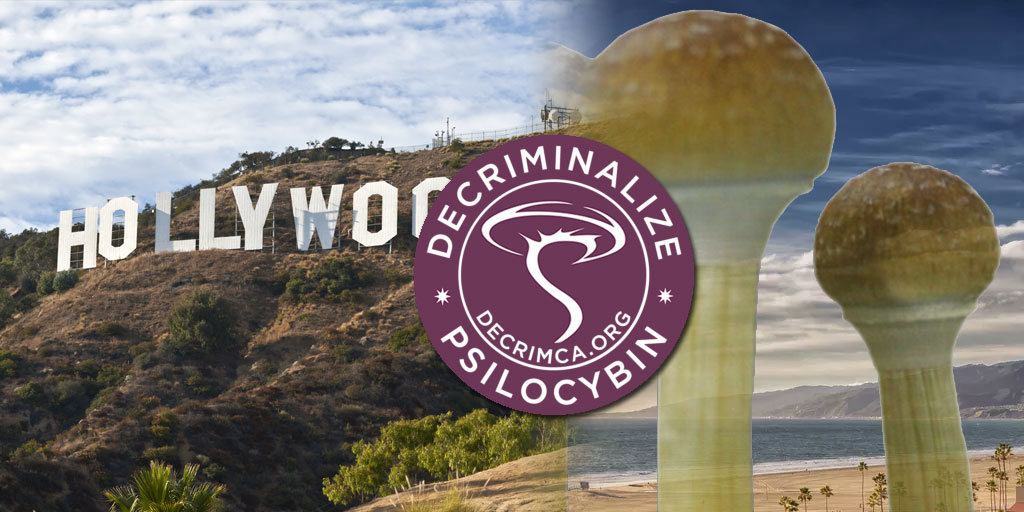 Cannabis has been on quite a journey in California. The medical use of this substance has been legal for well over two decades, though recreational marijuana has only become a reality in the state in recent years. The psychoactive effect hasn’t kept regulators from making it possible to purchase this substance, and it looks like activists are now doubling down with psilocybin mushrooms. According to reports from Marijuana Moment, the first steps have already been taken to get “magic mushrooms” on the 2020 ballot for decriminalization.

Decriminalize California, a local advocacy group, recently submitted the ballot language this month for the decriminalization, paired with a $2,000 fee owed to the state attorney general’s office. The submission will need to have an official title and summary approved within 65 days from the date it was brought forth, and it would then be available for signature gathering.

The proposed amendment, which is presently named the California Psilocybin Decriminalization Initiative, which changes the current state drug laws to prevent adults from being charged with the “personal possession, storage, use, cultivation, manufacturing, distribution in personal possession amounts without profit, transport, and consumption of psilocybin mushrooms.”

The proposal takes this decriminalization one step further, adding that it would apply to anyone under age 18 if they receive consent from their parent or guardian. However, the maximum punishment proposed for this type of offense is a drug education program, which would be mandatory to attend. Otherwise, the minor would not have this offense logged on their record.

California code would have to be amended to have a clause near “psilocybin,” as it would still remain on the list of schedule 1 substances. However, it will remain:

There will be other changes, but these changes are mostly technical and will not impact the way that law enforcement approaches these potential charges otherwise. Regardless of decriminalization, consumers still cannot be publicly intoxicated, as it is still illegal.

In the language of this initiative, there are several “findings and declarations” included with the petition, along with notes that there is therapeutic potential in the substance. A study is referenced in one of the clauses, stating that the use of this substance correlates with a lesser likelihood of “past year theft, past year assault, past year arrest for a property crime, and past year arrest for a violent crime.” However, the long-term use of other substances, which were only described as “illicit… other drugs,” was connected to an increased odd of these crimes being committed.

An email newsletter with Decriminalize Nature recently reported that the group hopes to fund the campaign by raising $1.5 million through the next six months, according to Ryan Munevar.

Surprisingly, this is far from the only measure being proposed for the ballot next year regarding psilocybin in the United States. Activists in Oregon have officially launched a campaign to gather signatures to legalize the therapeutic use of mushrooms, though only in licensed facilities. This effort has brought in a $150,000 contribution, thanks to Dr. Bronner’s, a soap company.

Legalization has not yet been a priority of the activists in favor of psychedelics. The majority of this work has simply been to decriminalize these substances, with Denver being the first one to decide to make these types of charges the lowest priority for law enforcement. Even the City Council in Oakland has moved to decriminalize mushrooms and other entheogenic substances. However, for this measure to reach the California ballot, activists are tasked with collecting valid signatures from 623,212 people within the six months following the approval of the title and summary.

Is the leap from recreational marijuana to mushrooms a leap? Perhaps. However, just like any other substance that interests the public, the main battle will likely be informing regulations and limits that everyone can be comfortable with.